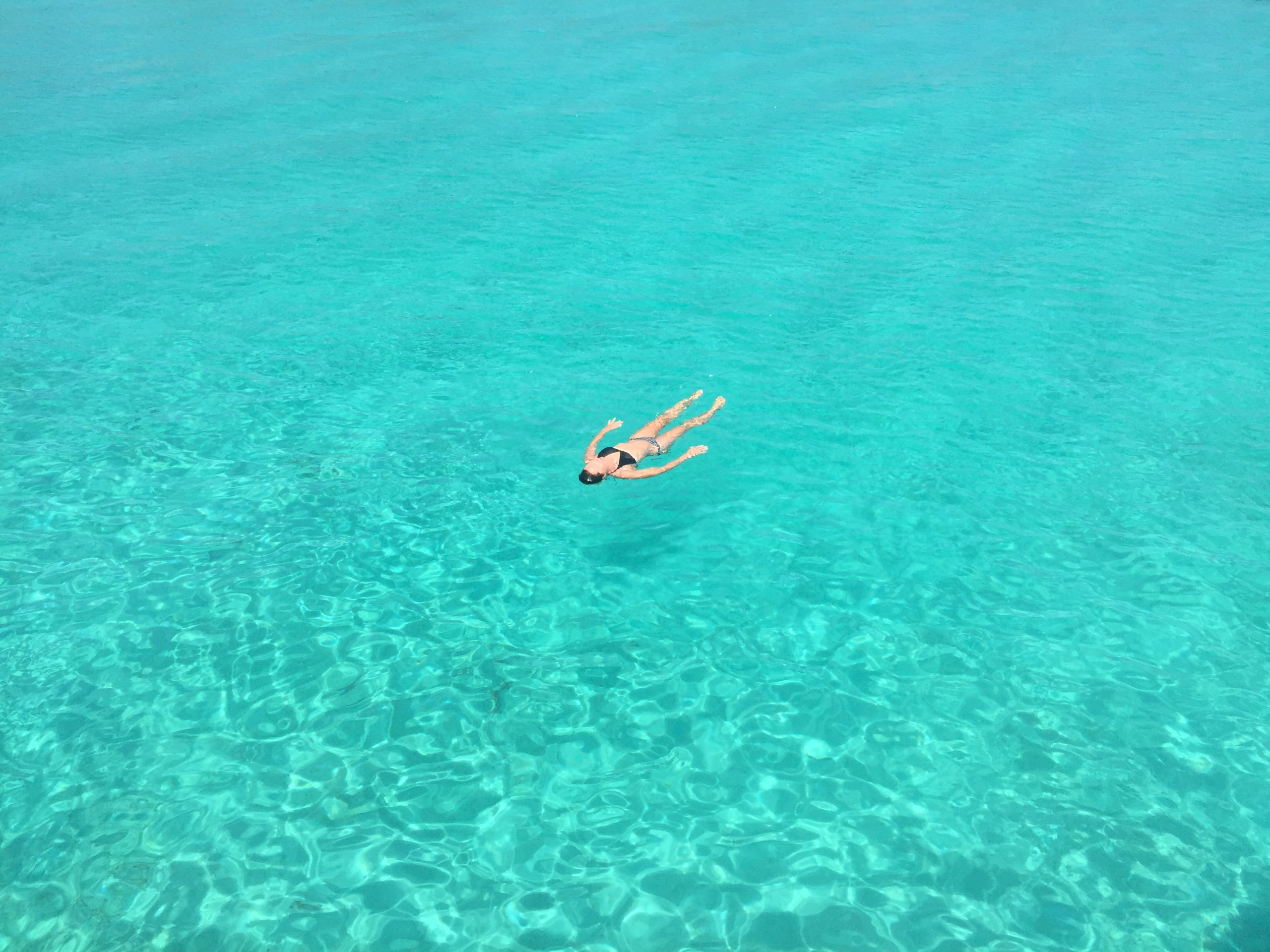 We are both huge fans of the underwater world and tropical islands. Our last ‘must visit’ country in Asia could only be The Philippines! This country consist of 7.107 Islands, which were waiting to be explored by us! Sure we didn’t manage to go to all of them in 30 days, he he.

Long before we started our world trip, people already told us about an amazing multiple day boat expedition between 2 islands, Coron and El Nido in the Palawan region. Sailing between remote islands, turquoise blue water, white beaches and back to basic with the lack of any luxury, but with a fun group of like minded people sounded like a plan :) 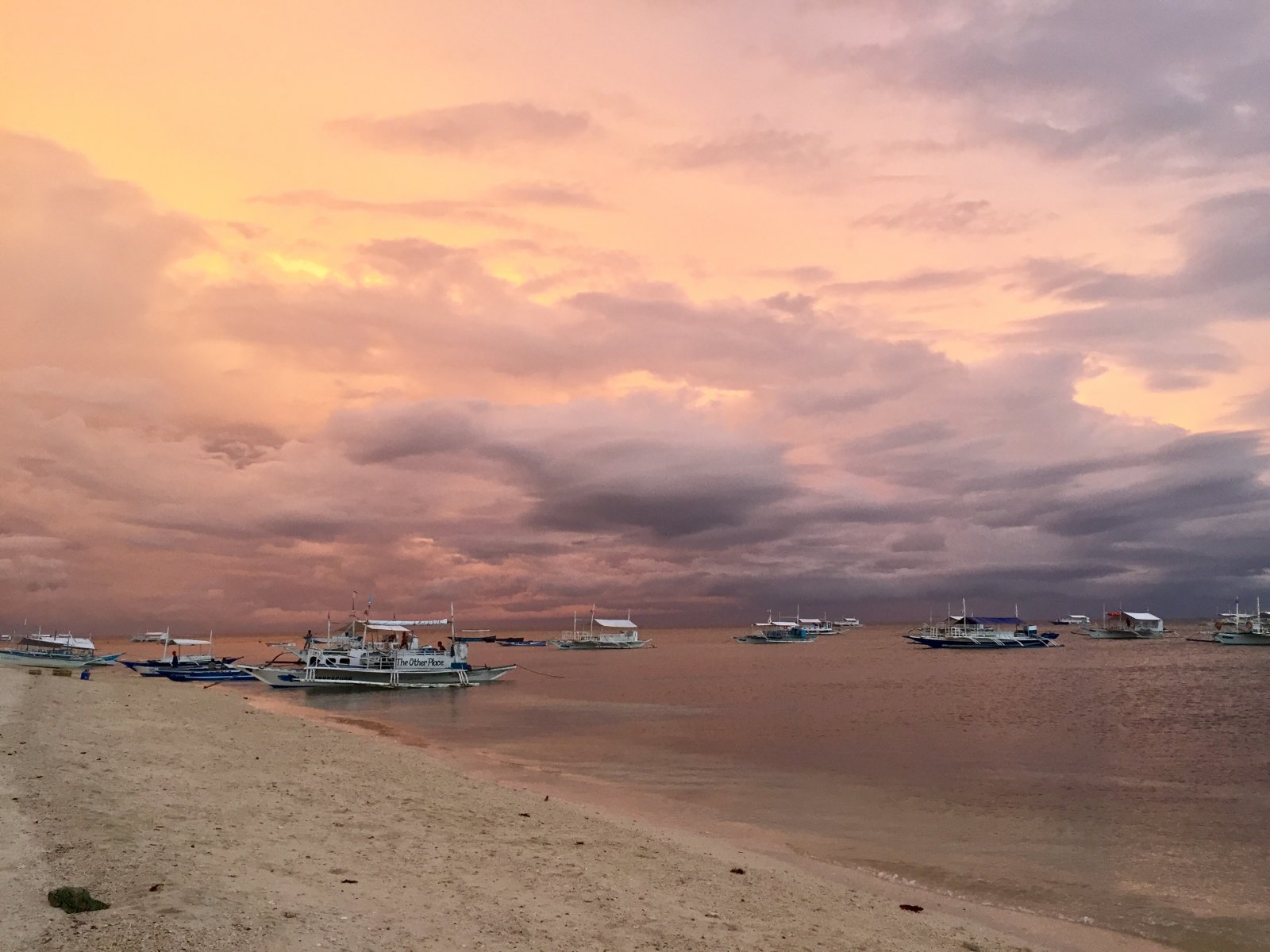 As this expedition is getting very popular, we had to pre-book it. We planned the rest of our Philippines travels around this date. So first it was time to explore the underwater world of this paradise. The Philippines offers some of the most spectacular marine life in the world. 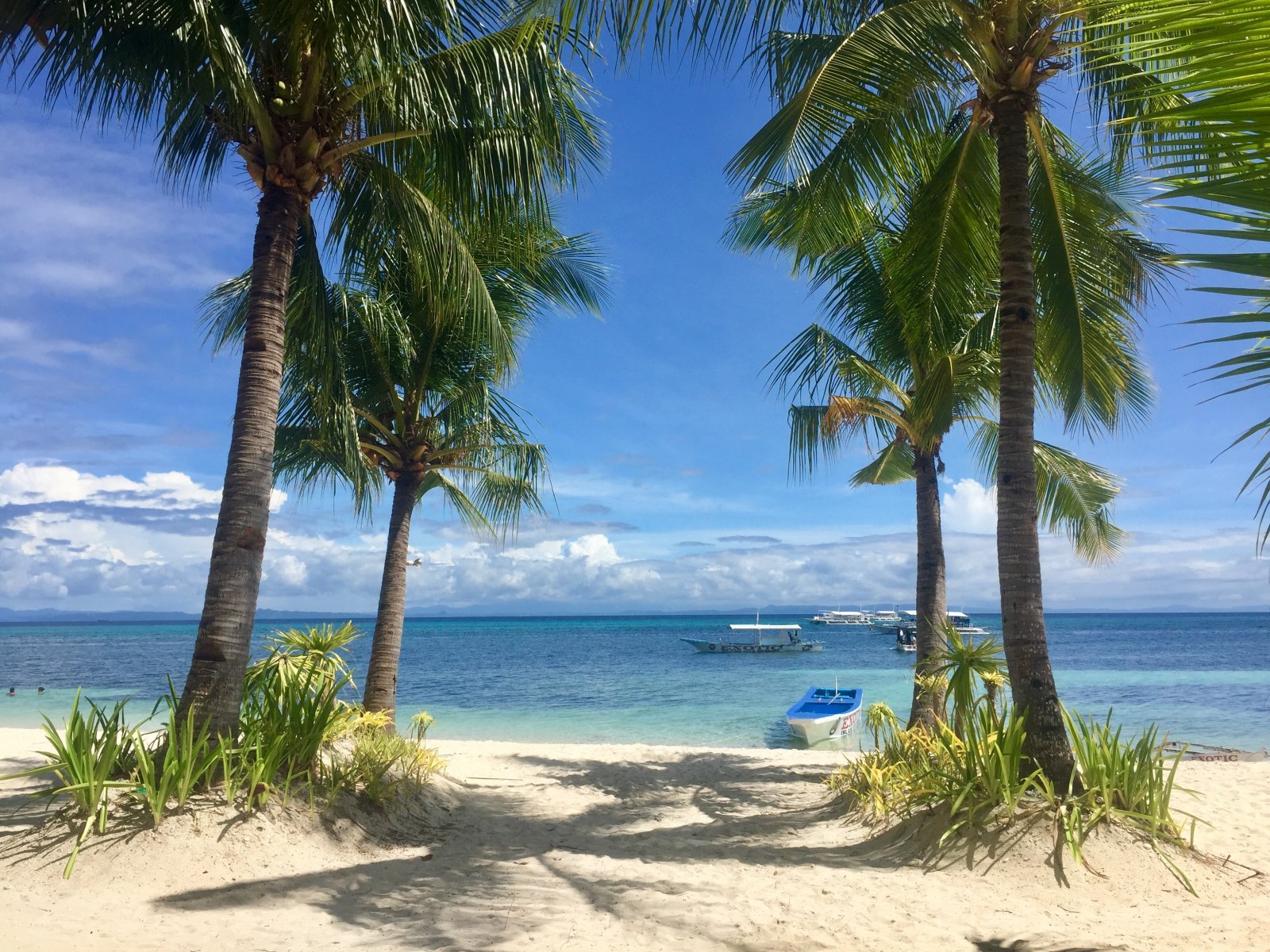 Malapascua Island is famous for the Tresher Sharks. They were our reason to wake up at 4.30 am for our sunrise dive while it was still dark and cold... But we were very lucky to see 5 individuals! Thresher sharks normally live in deep water and are nocturnal, so are not often seen by divers. Here in Malapascua they come to a depth between 20 and 40 meters to get cleaned, but only very early in the morning. Their tail, which is more than half the size of their full length, is used to hunt large schools of fish by slinging the tail overhead and hitting the fish. This hunting strategy is unique among sharks. 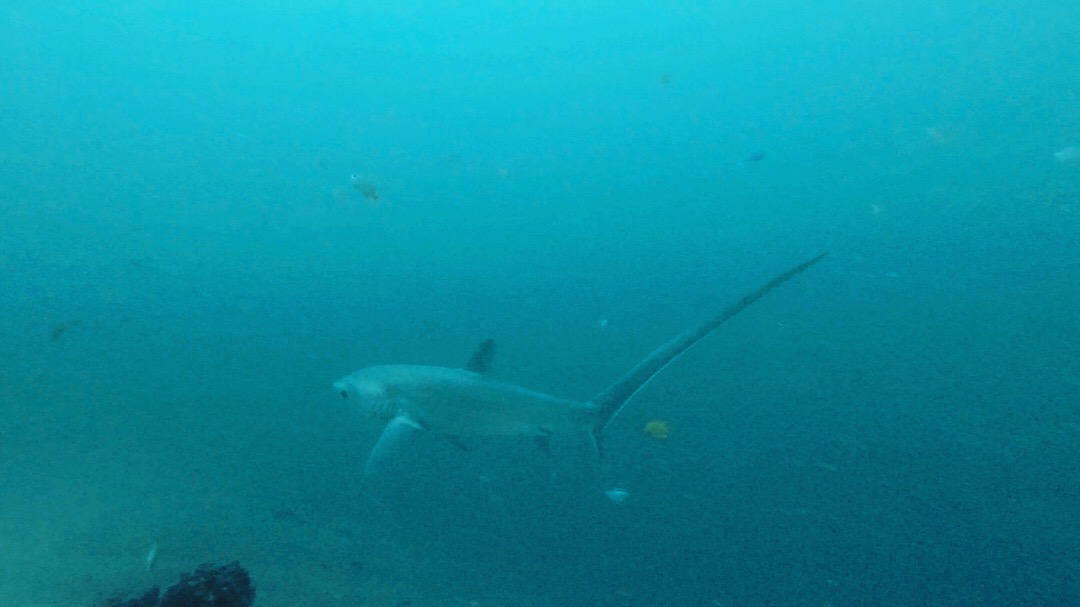 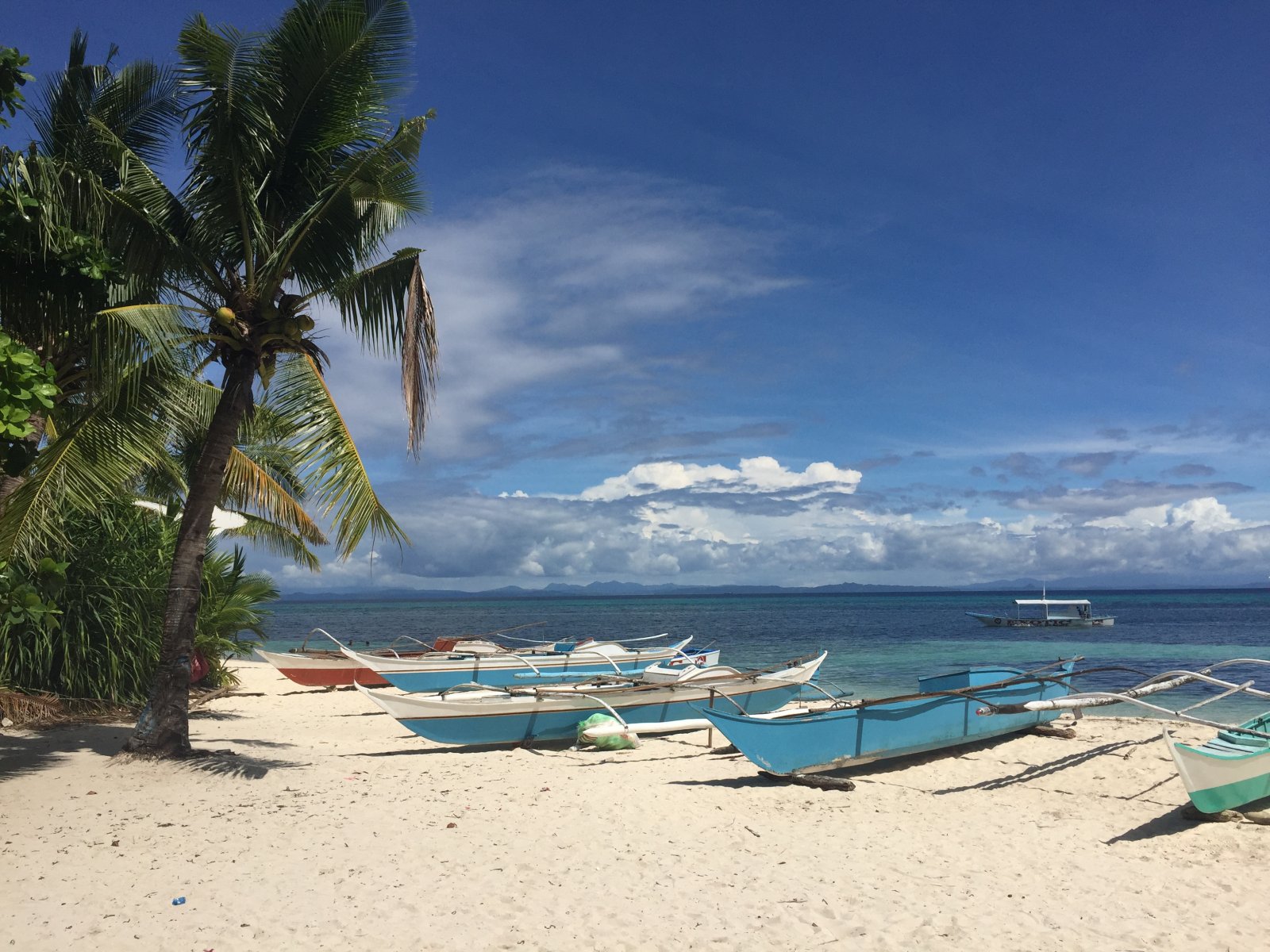 Our next stop was Donsol. This little village in Bicol is where the whale sharks migrate close to the shore. Due to the plankton rich waters they hang around in this bay for a while before they continue their migration north or south. Linda had seen the whale sharks before in Australia but they were still on Hylke’s wishlist. 20 years ago the people in Donsol were still hunting this biggest fish on earth. Now Donsol has changed to an ecofriendly tourist spot where they respect the whale sharks and their natural behavior.

The day before we arrived they had seen whale sharks for the first time in weeks. And like a safari we had to search for them and nothing was guaranteed. But we were lucky. We saw 3 different whale sharks during 7 interactions. An interaction means spotting one from the boat, jumping in the water at the right moment, looking for them under water, watch them passing by and swim like hell to keep up with them for a short time, haha. Wow, what an experience! 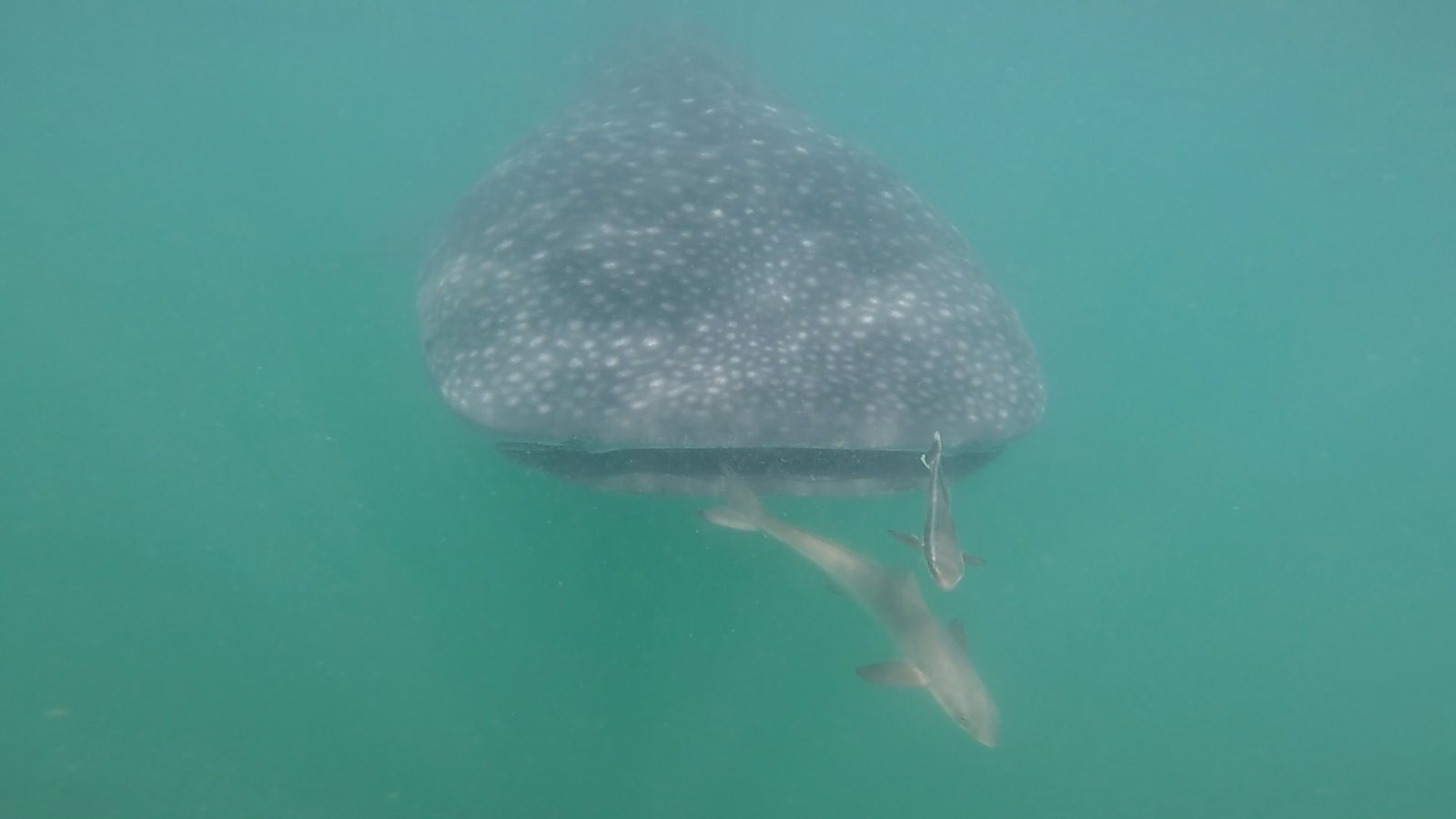 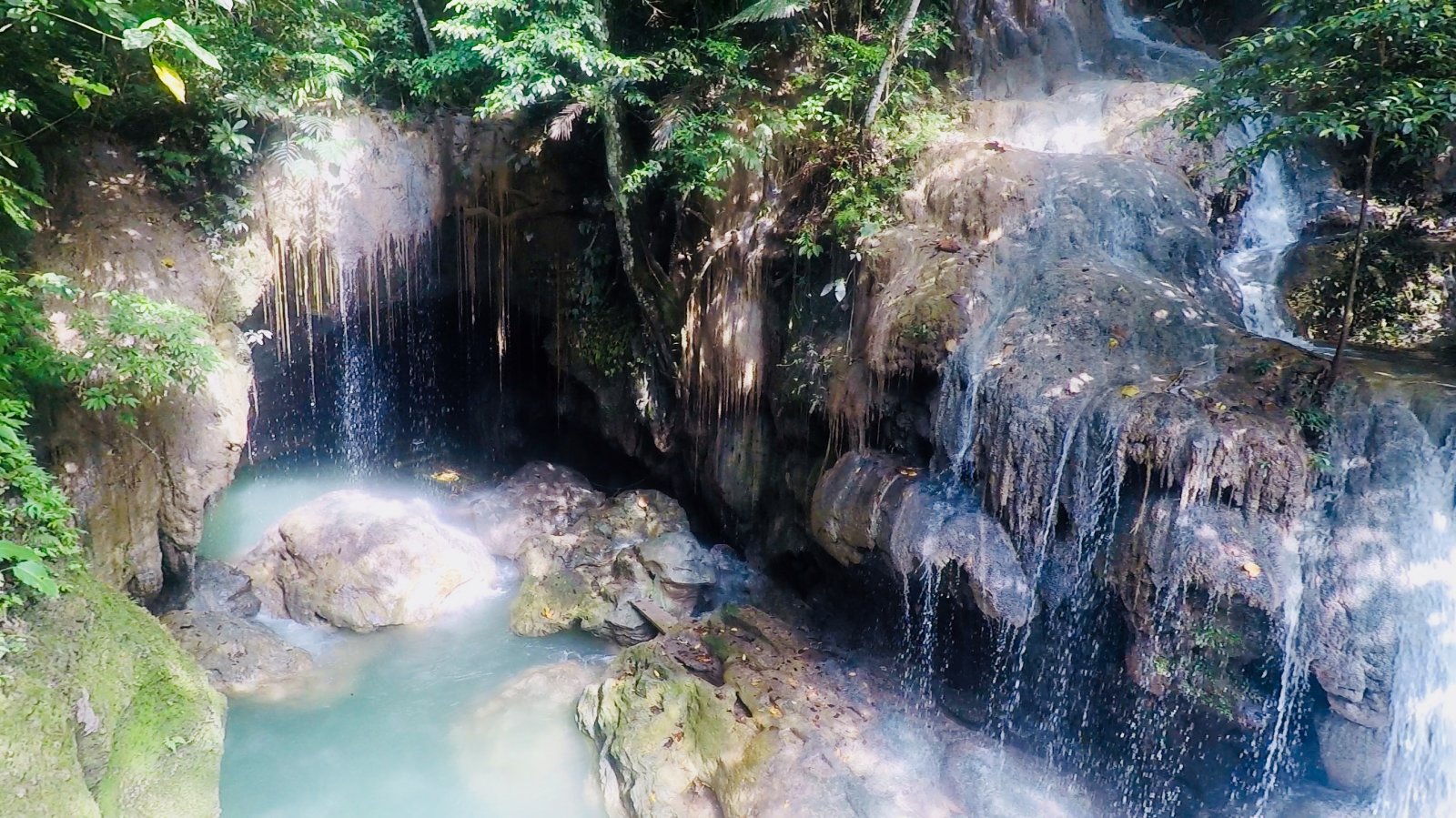 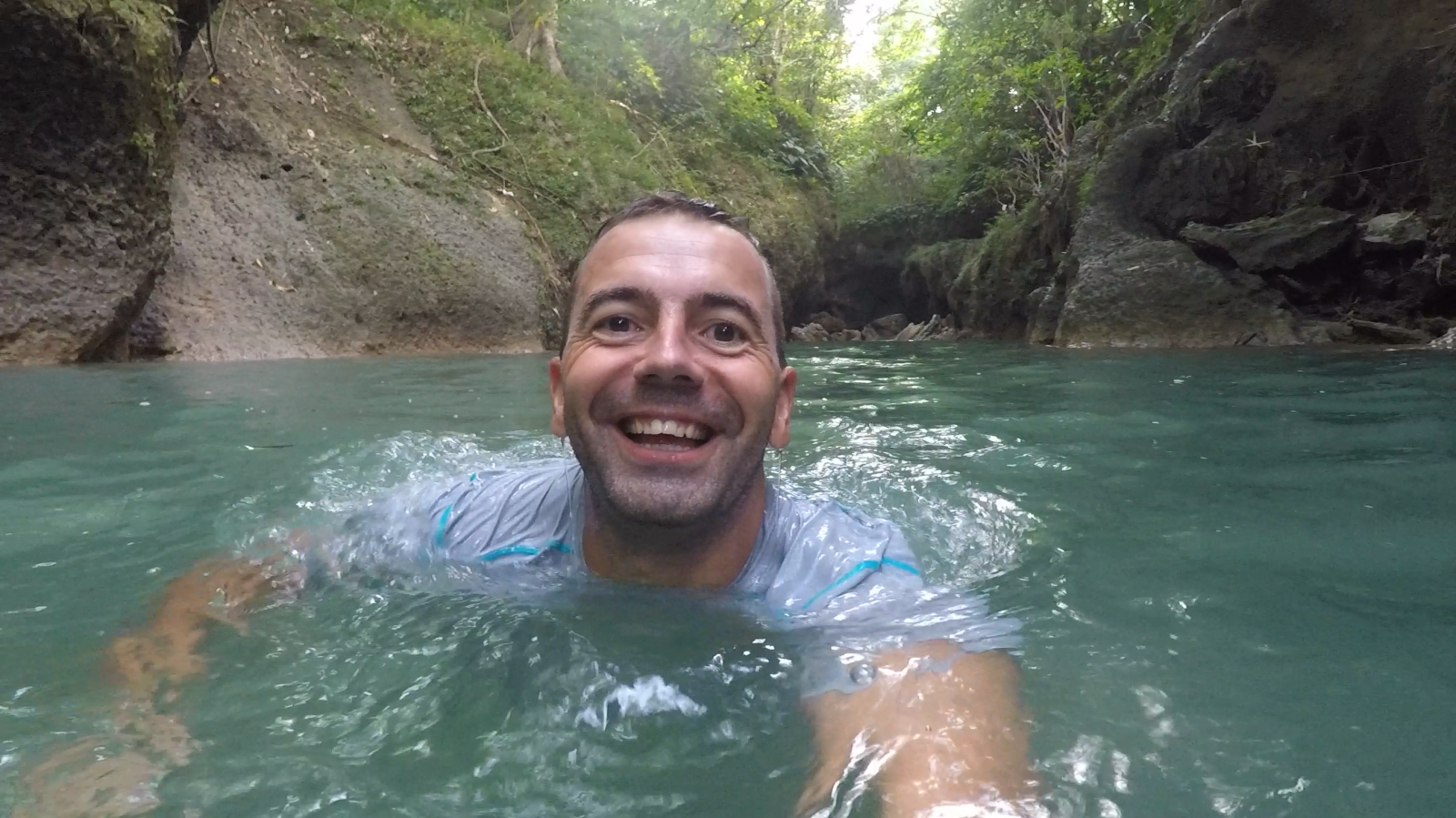 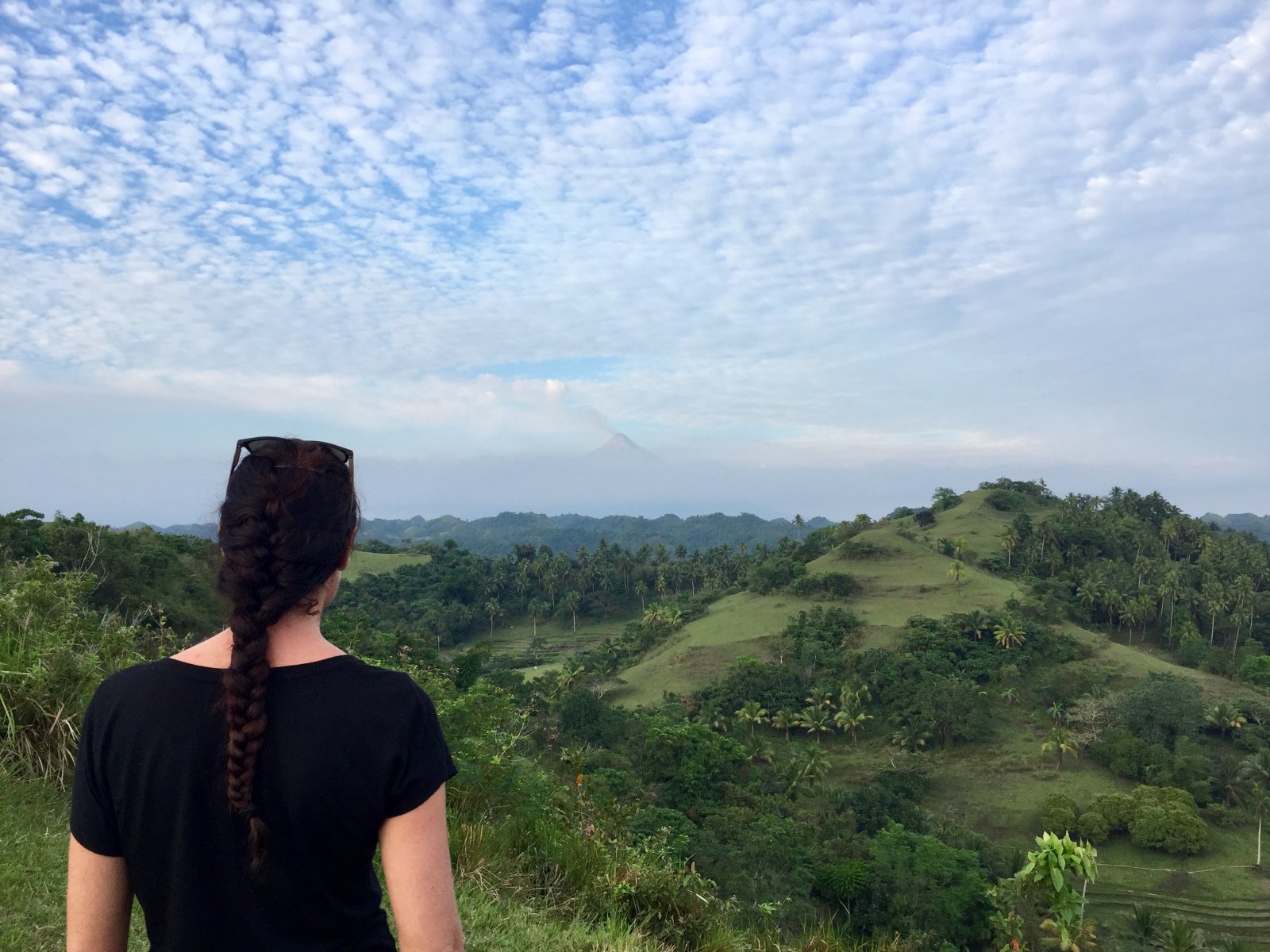 The sun is not always shining in the Philippines. A tropical storm was passing by, although it was not really the season for it. A tropical storm is a lighter version of a typhoon but still very powerful. Many areas were flooded and almost all flights were cancelled. We ‘enjoyed’ 2 days of delay and had to reroute our flights via Manila. Luckily we had no further problems and we arrived safely in Moalboal.

Moalboal is the place for another natural underwater phenomenon. Millions of sardines are living on the reef in front of the mainland. A very good reason for some more diving. 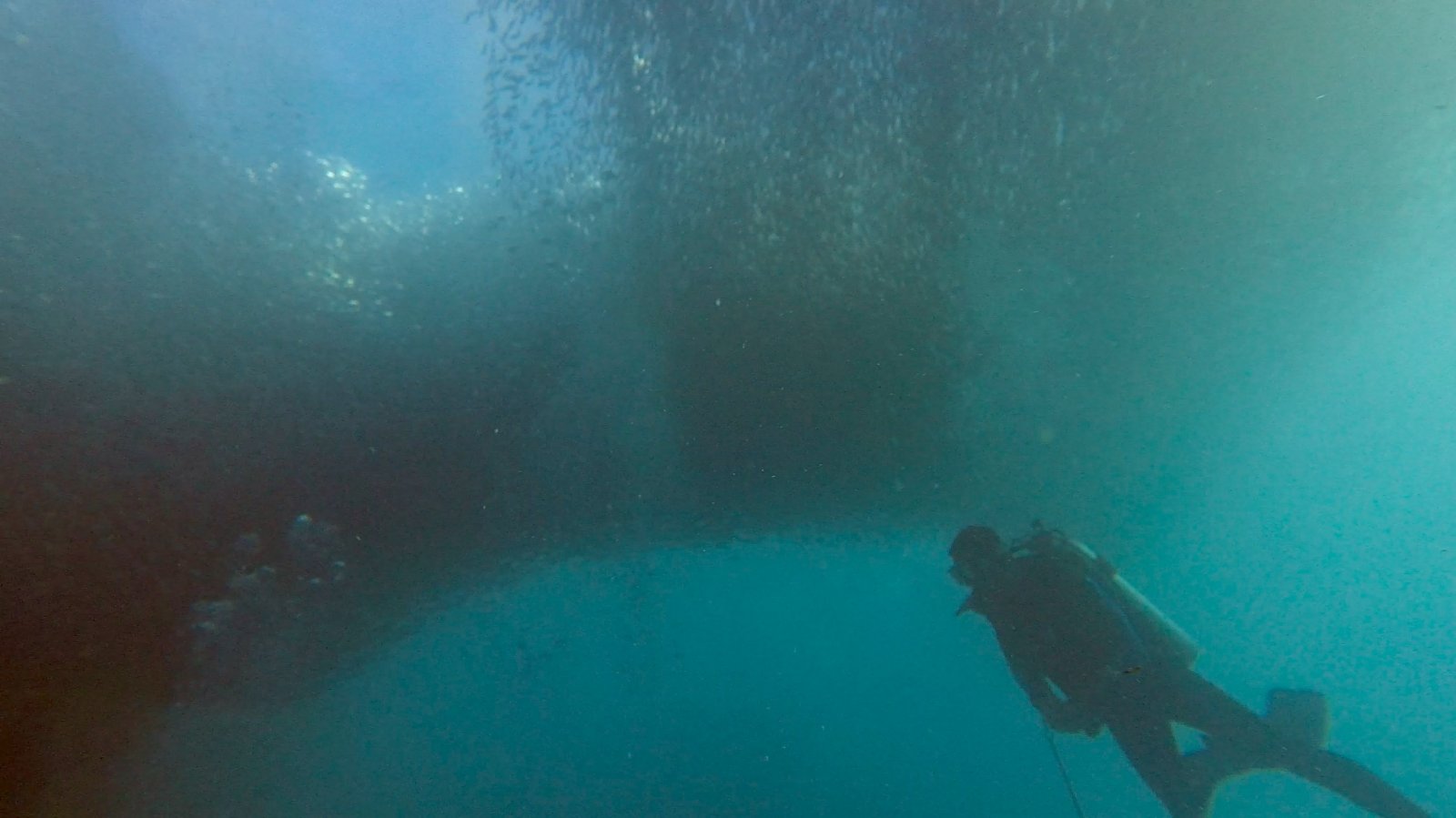 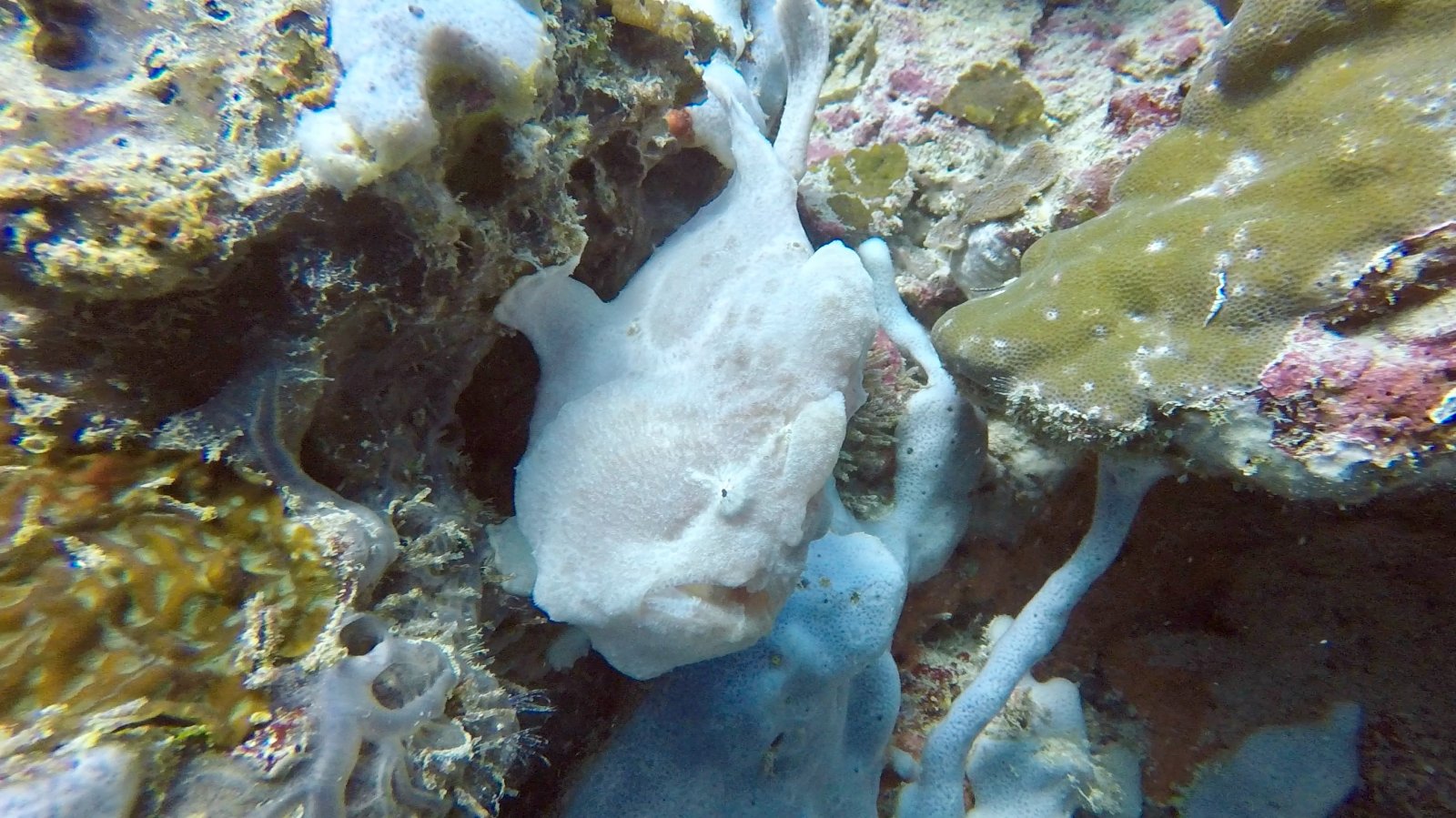 When we arrived in Coron it was finally time for our Buhay Isla 4 day boat expedition adventure. And of course the Dutchies proved to be an adventurous nation because most people in our group were Dutch. 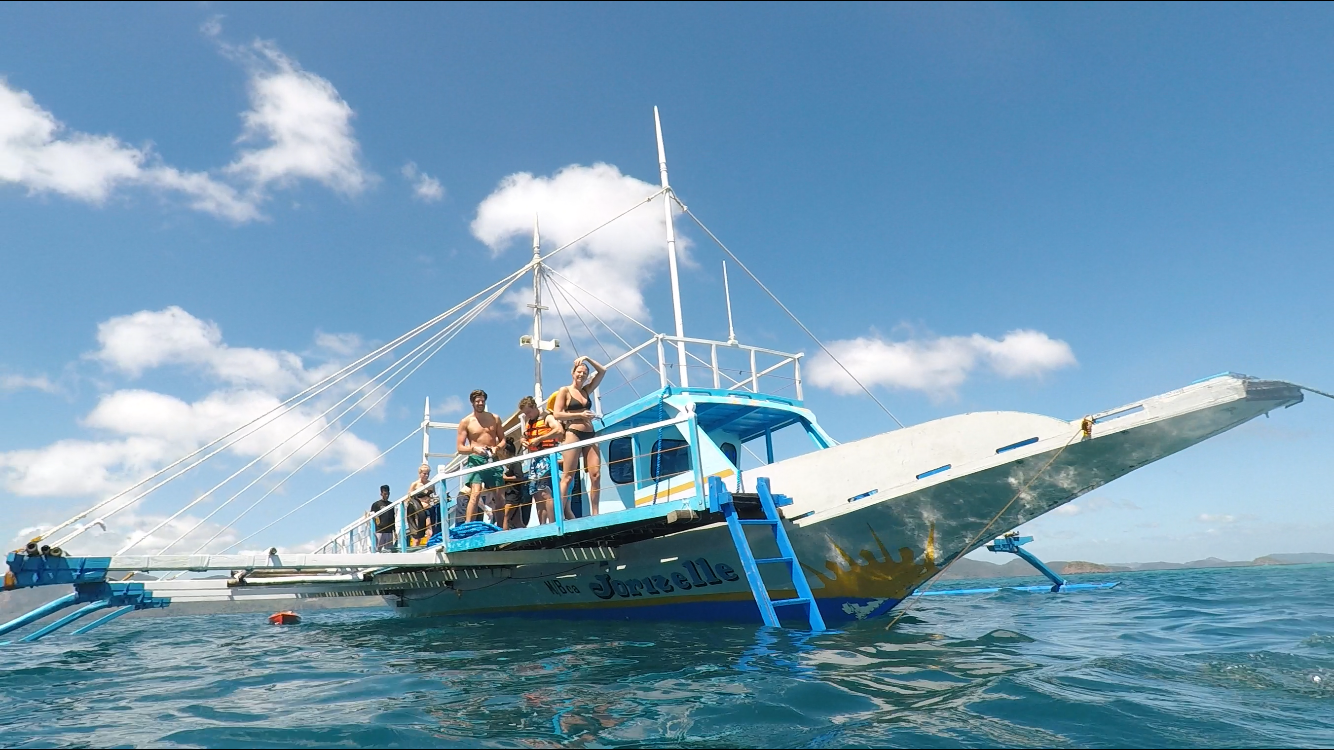 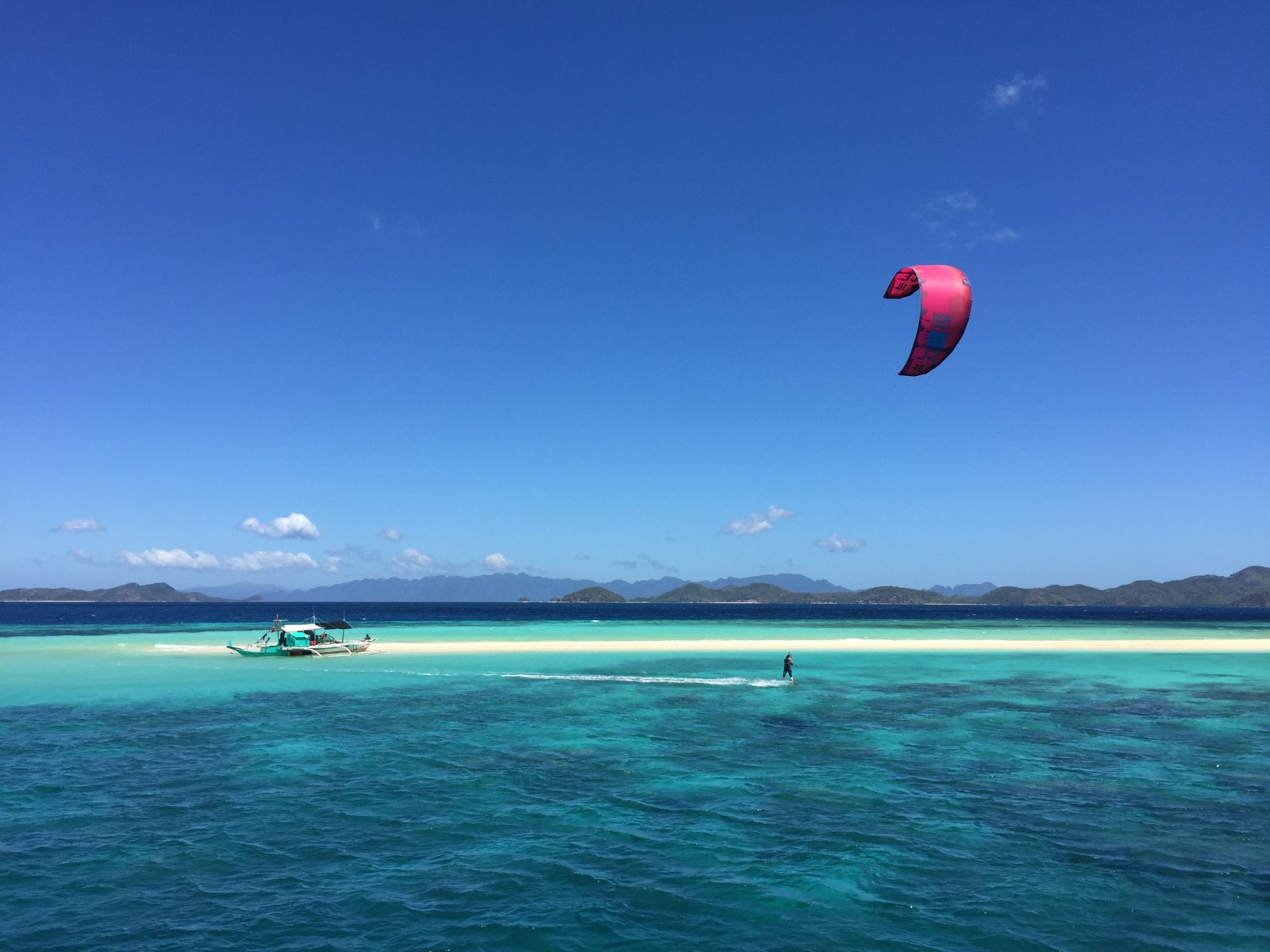 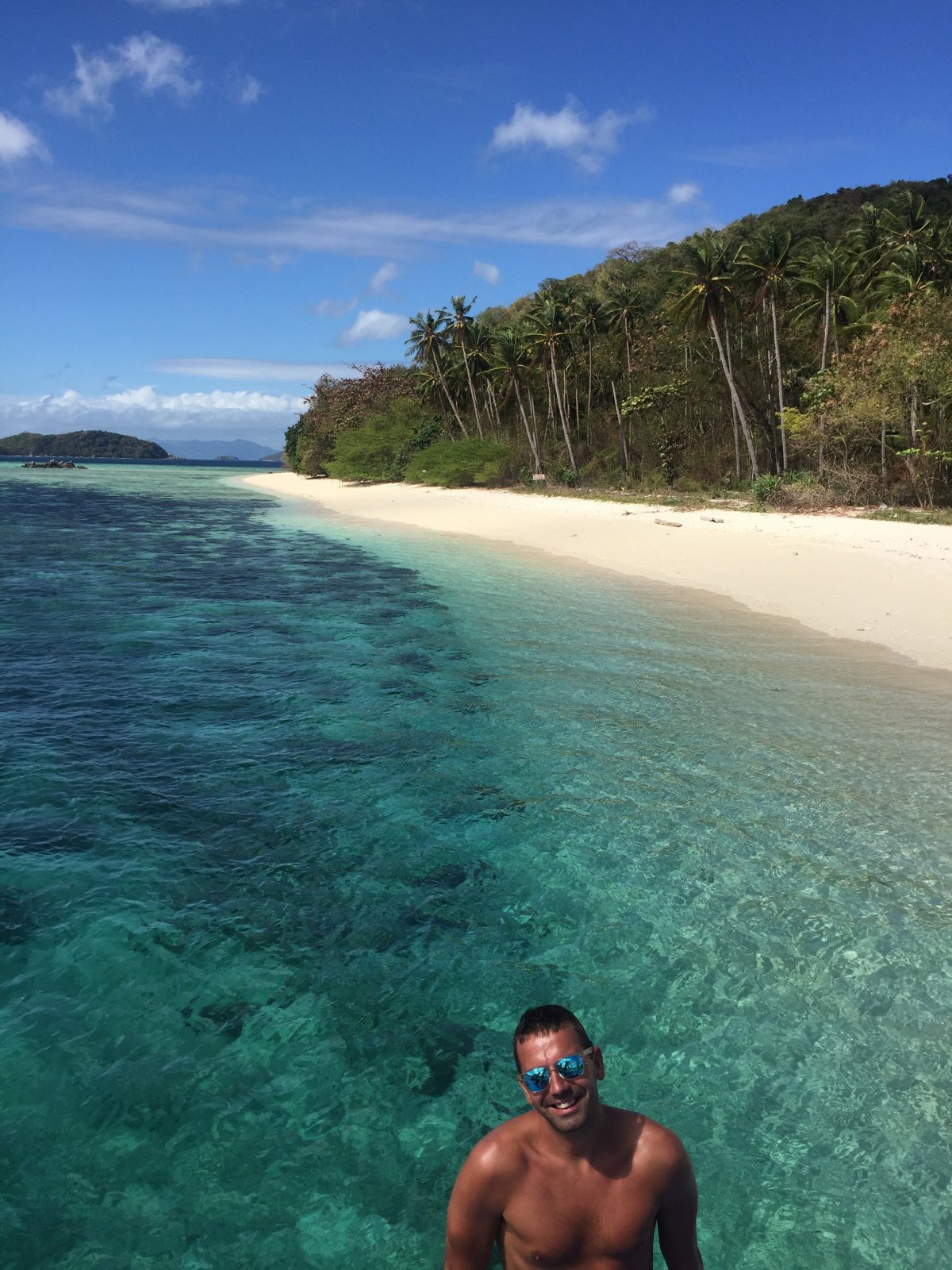 And every night we slept in a base camp with basic beach bungalows, candle lights, a campfire, some music and drinks. 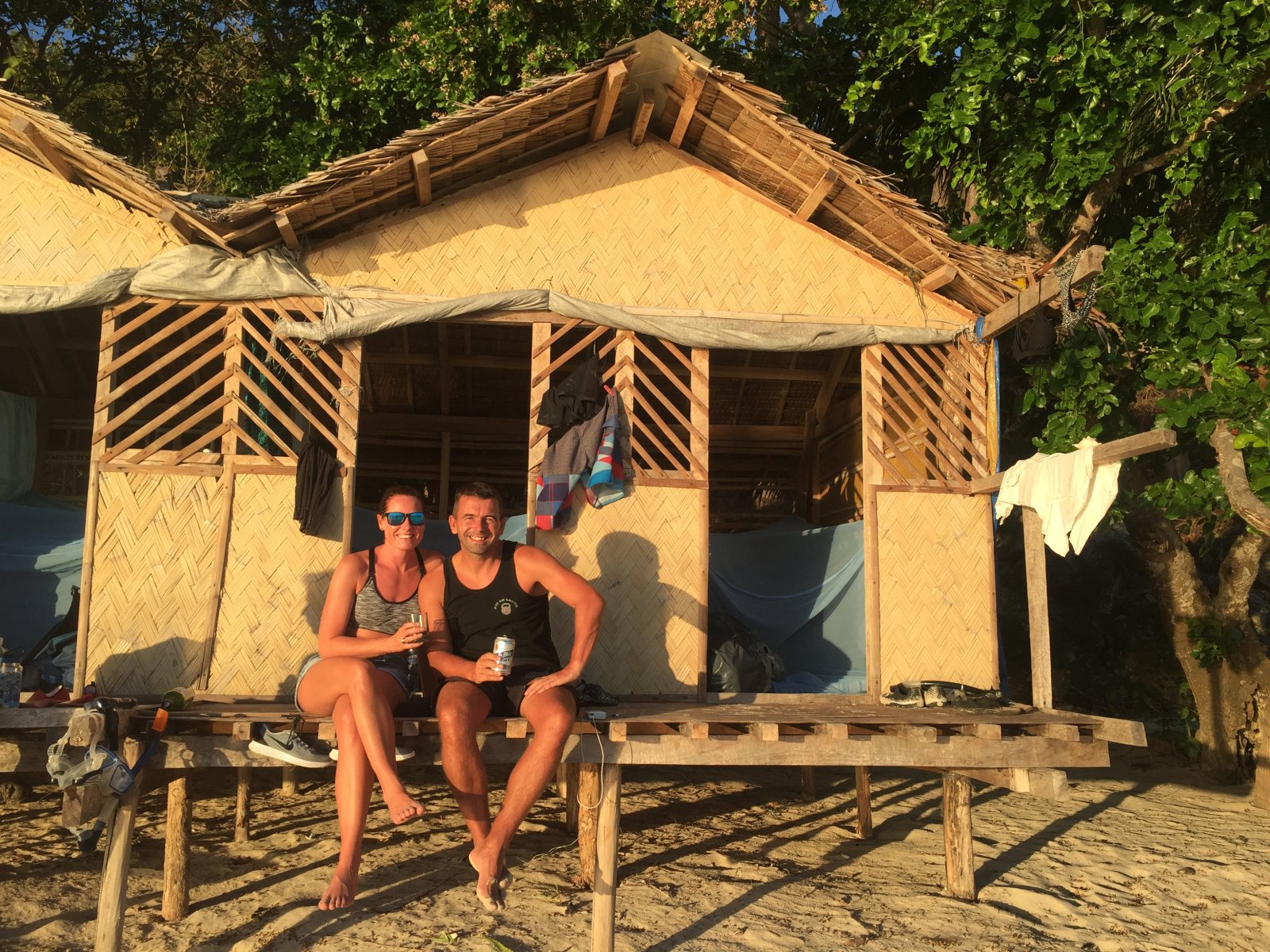 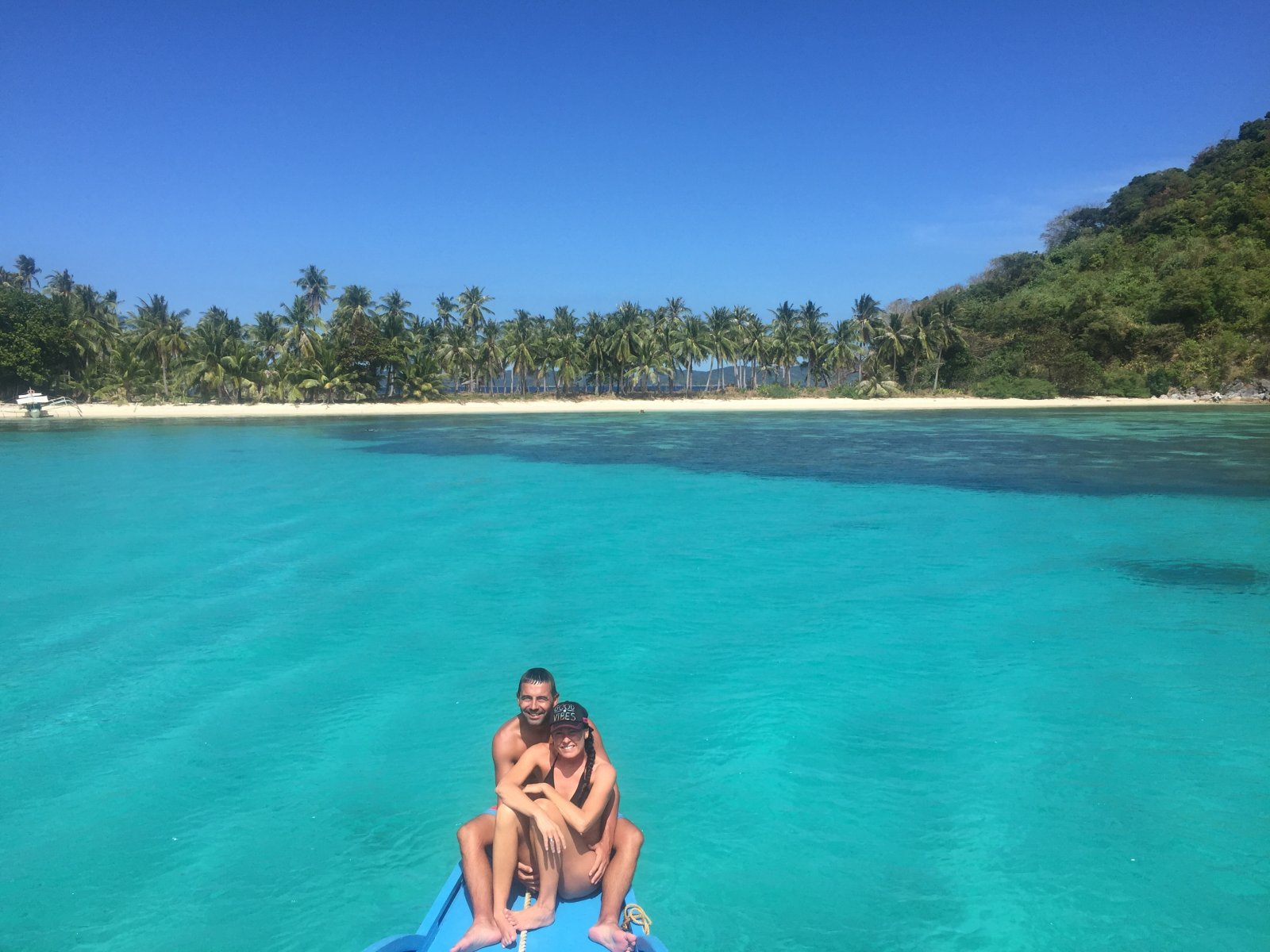 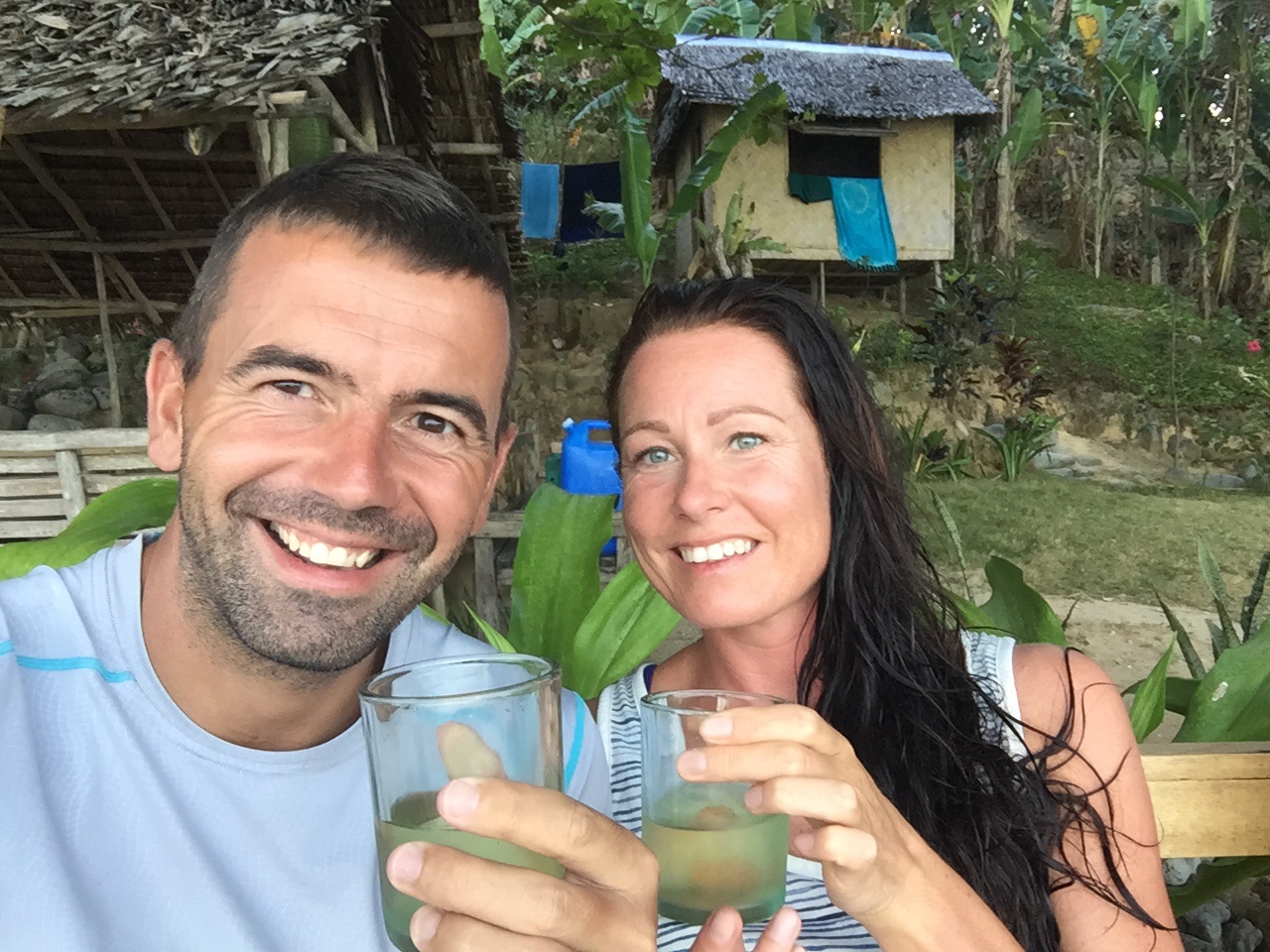 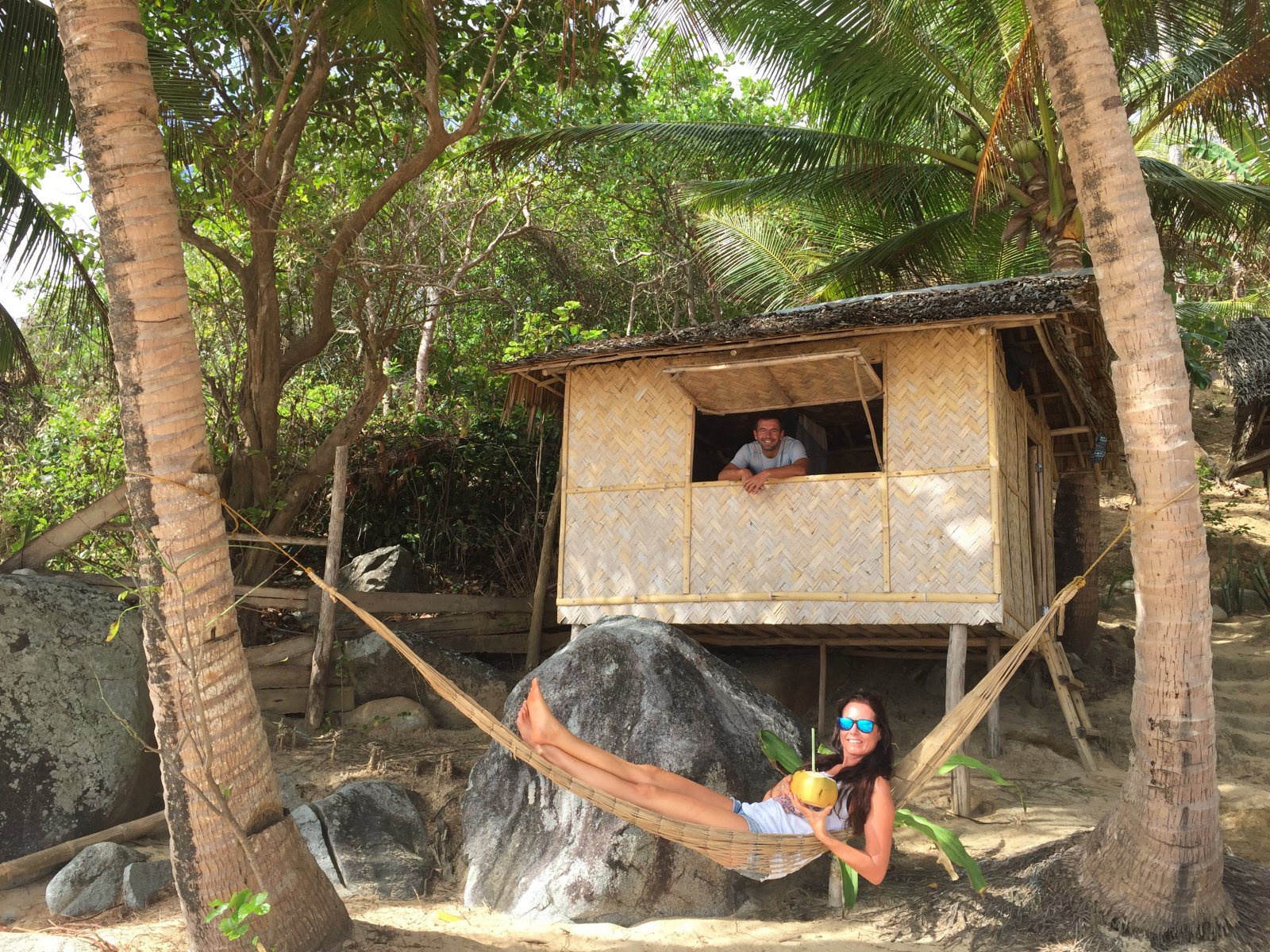 The closer we got to El Nido the higher and more beautiful the cliffs of the Bacuit Archipelago became. What a place to end our trip! 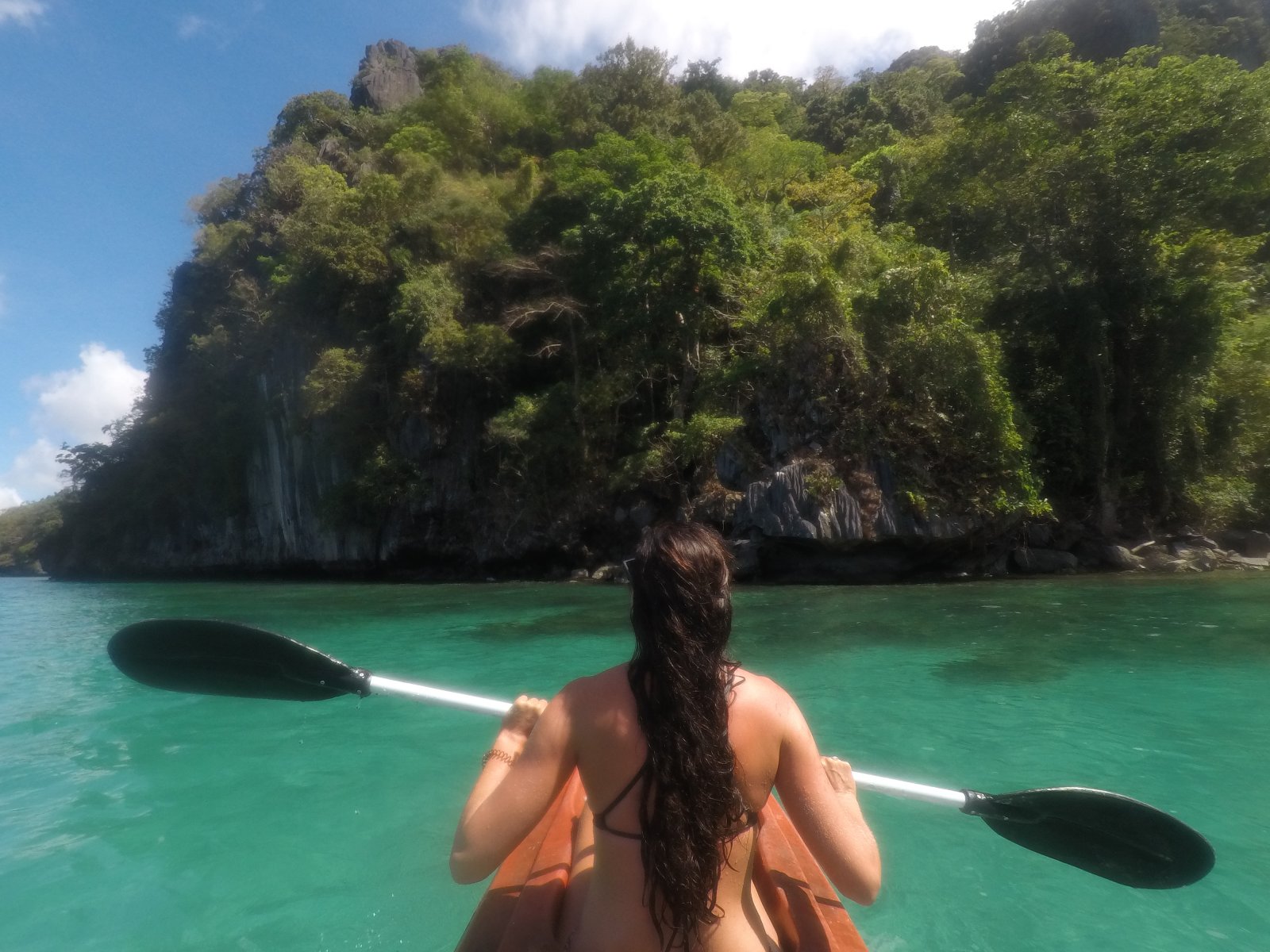 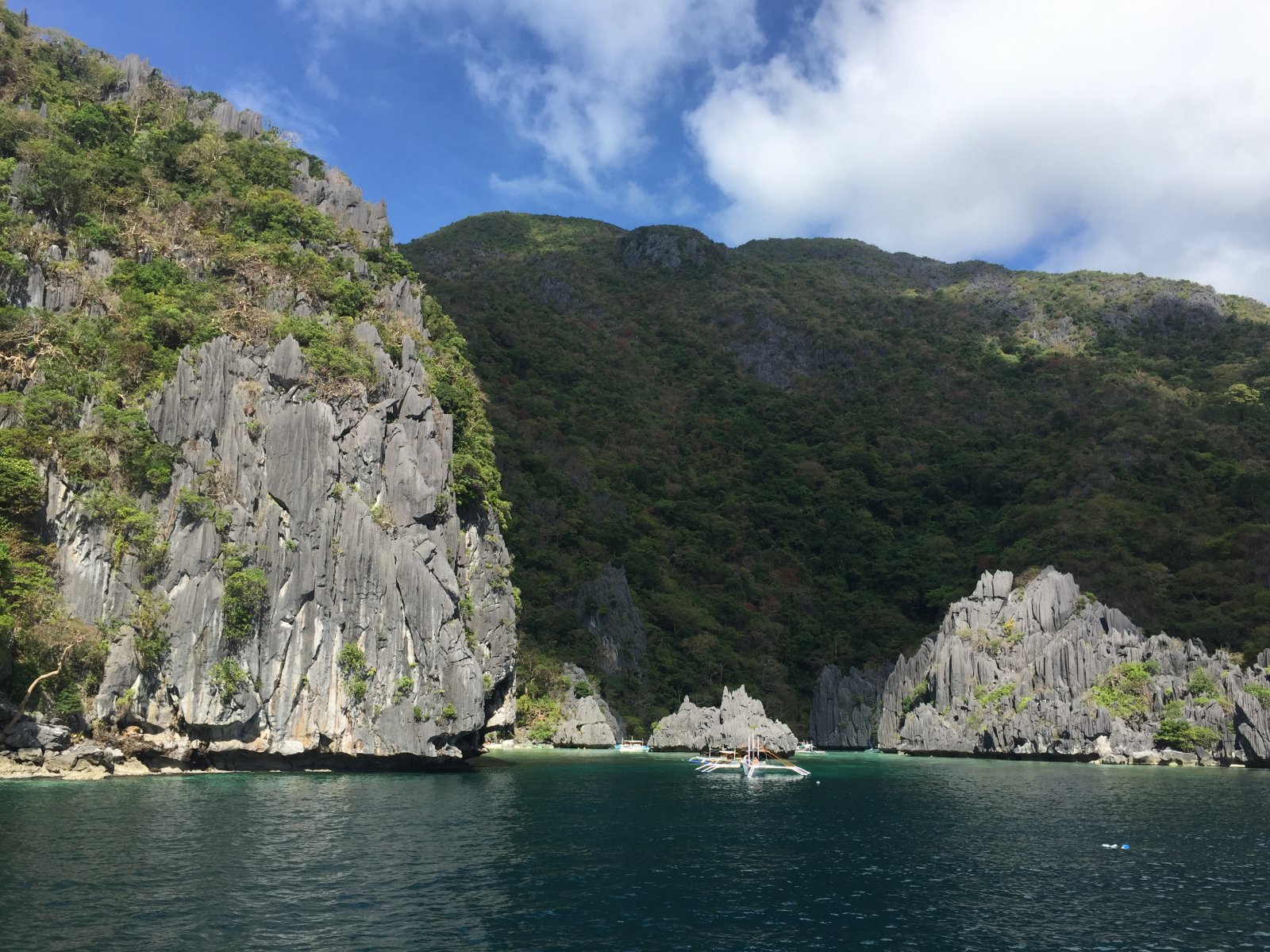 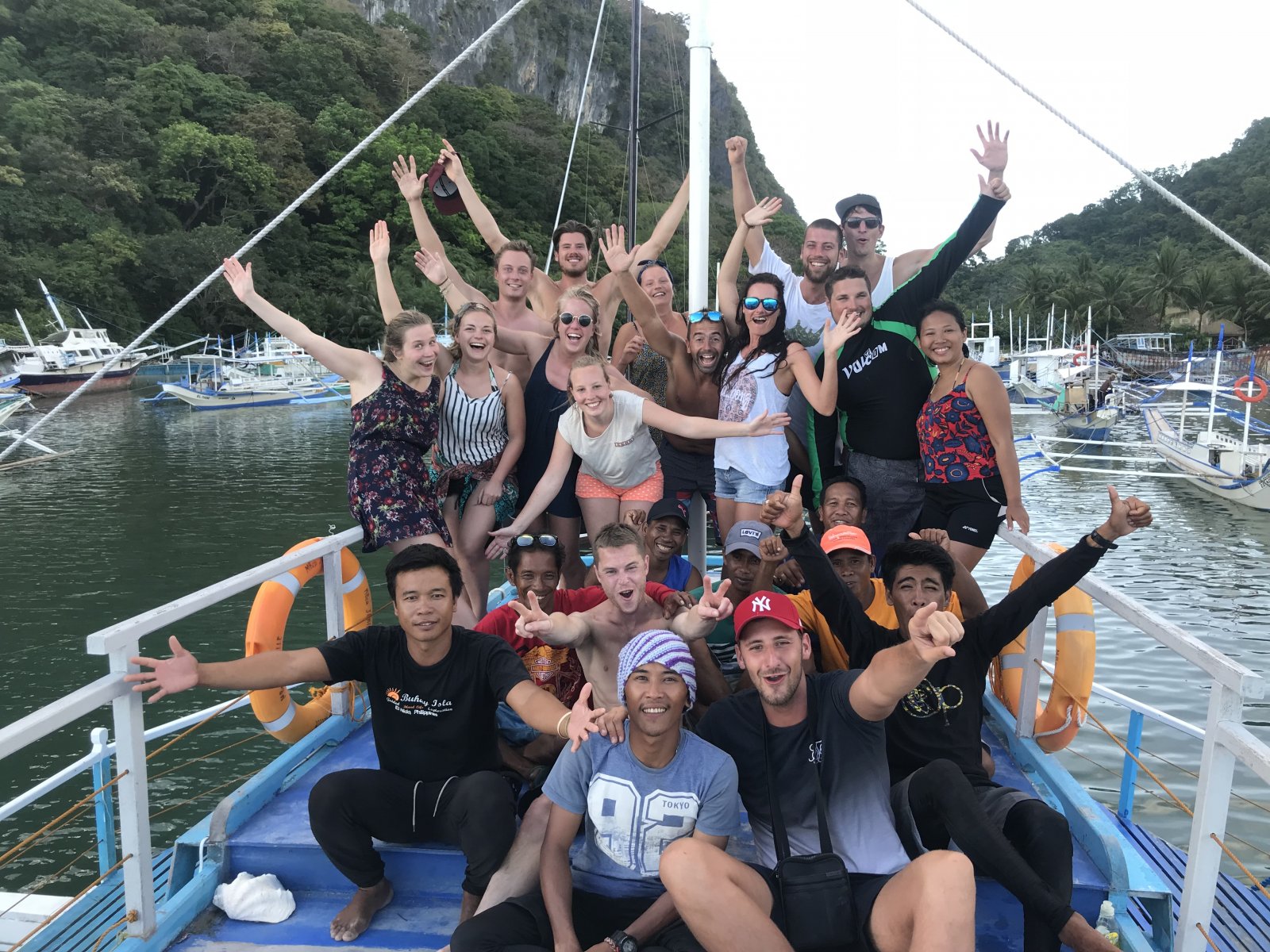